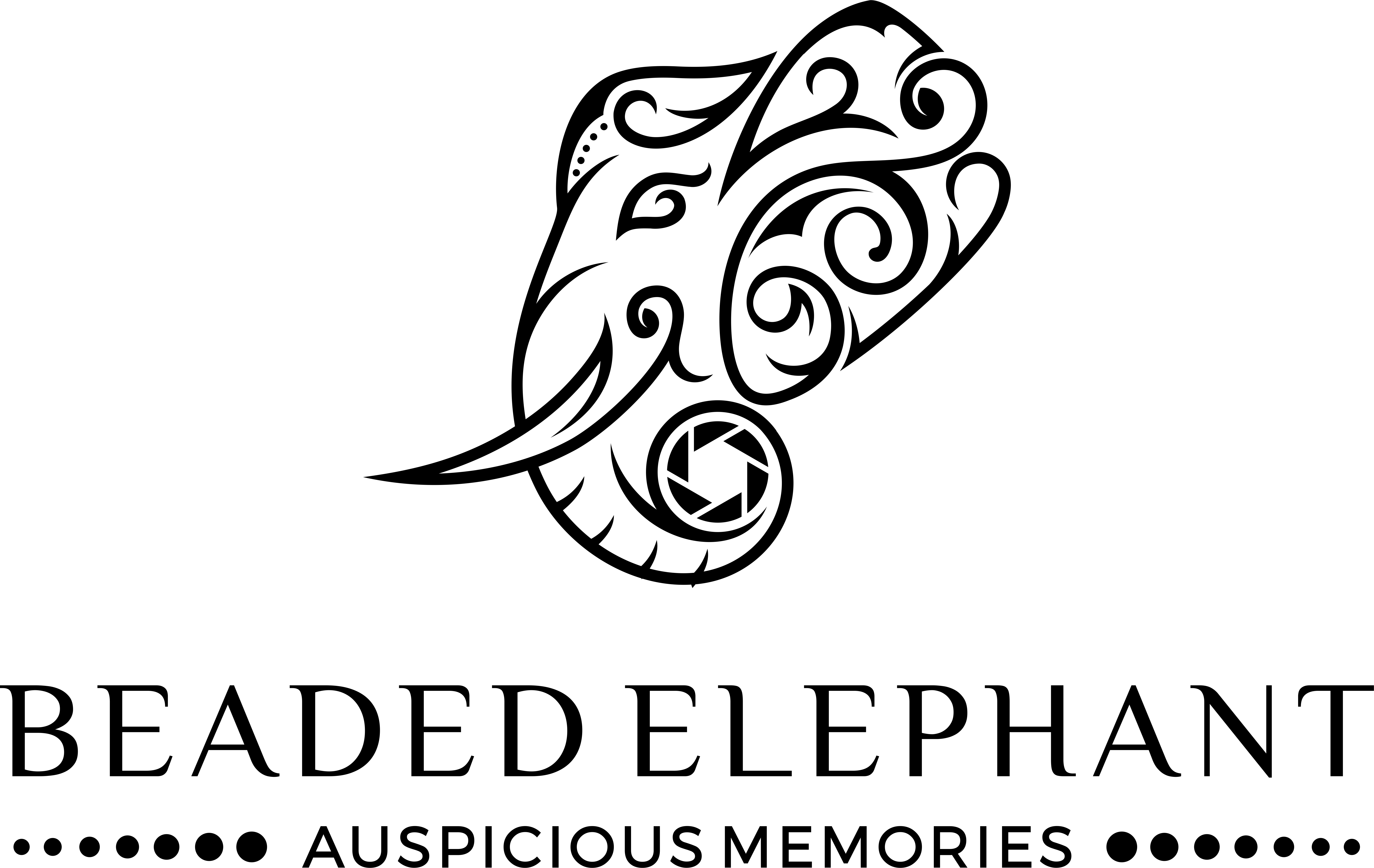 Most brides remember their wedding day fondly. However, most of them do wish they could go back and redo a few things on their big day. The following list consists of the top ten wedding regrets of most brides. By reading it, hopefully you’ll be able to learn from their mistakes and make your wedding day as close to perfect as possible.

1. I Wish I Hired a Wedding Planner

Simply put, planning a wedding is hard work. Even small ceremonies can take months of dedication and planning. In the age of Pinterest, you may be tempted to go the DIY route for your wedding. However, do you really want to spend the months before your wedding in a frenzy of crafting, coordinating, and calling? Sure, taste a few wedding cakes, but hire a wedding planner to handle the rest. You’ll feel so much more prepared for your wedding day if you let an expert take over.

2. I Wish My Ceremony and Reception Weren’t So Far Apart

A well-planned wedding day is one that flows. While this is your special day, you should be considerate of the people who traveled to share it with you. If there is a large amount of time between your ceremony and reception, such as forty-five minutes or more, your guests may grow impatient. A delay may also cut into the travel time of those who have a long way to go home after the wedding. A distance of more than a few miles between the ceremony venue and the reception venue can be just as inconvenient, especially for guests forced to take a cab between venues.

3. I Wish We Chose the Venue and Photographer Sooner

When planning a wedding, you should never wait until the last minute. Reserve your venue as soon as possible. Other couples are probably trying to get married on the same day, so you may not get the venue you want if you don’t reserve it in advance. As soon as you set a wedding date, reserve your venue. This is also true for hiring your wedding photographer. Good photographers will have busy schedules, so you need to hire one quickly. Reserve both your venue and wedding photographer as soon as possible to ensure your wedding goes smoothly.

4. I Wish We Gave the DJ More Info on Reception Music

Music can make or break your reception. The type of music played should depend on who is attending your wedding. If many of your more traditional family members are attending, then you might want to make sure that only clean versions of songs are played, especially if children are there. The music will set the tone of your reception, so you should go over song choices with your DJ beforehand.

5. I Wish We Had Done a First Look


6. I Wish We Spent More Time with Guests

Your wedding day is meant to be shared with the people closest to you. Many brides get caught up in the logistics of the day and forget to make time for their guests. You may not get a chance to see some of your guests often, so you should make time to mingle with the people you invited to your reception. Let your wedding planner cope with any last-minute issues so that you can actually make memories with your loved ones.

7. I Wish We Had Spent More Hiring an Amazing Photographer

8. I Wish We Had Hired a Videographer

Hiring a photographer is an obvious choice, but many brides wish they would have hired a videographer as well. Photographs are nice, but a wedding video is even better when you want to relive the happiest day of your life. Hire a videographer so that you can preserve your memories in the best way possible.

9. I Wish We Took Time to Eat at the Reception

There’s no doubt that your wedding day is busy. Your reception will be a whirl of speeches, dancing, and photos. However, make sure you give yourself time to enjoy your catered meal with your guests. Many brides forget to eat during their reception. They’re left with no energy for their wedding night and are forced to rely on hotel room service or fast food instead of the gourmet catered food they bought for their wedding. Your wedding day will be busy, but make sure you give yourself time to eat!

10. I Wish We Had Relaxed and Enjoyed the Day More

In Indian wedding photography, the most vital step you can take is to meet the couple - in person, or via video chat. If a meeting isn’t scheduled, there’s a very good chance you won’t have time with them on the wedding day. At the meeting, speak discuss extensively about what the bride and groom want to see in their wedding pictures, as well as all of the ceremonies and intricacies of the day. This meeting not only gives them a chance to express what they want, but it also gives the photographer an opportunity to get a feel for their personalities and how they play off of each other as a couple. There is a lot to learn when it comes to Indian wedding photography, and the bride and groom and their families are the best teachers available to you.

Because the bride and groom will spend most of their time occupied on their wedding day, it helps to have them select a close family member or friend who can be a guide during the ceremony. Having a “person on the inside,” so to say, can help with a milieu of things, namely learning about the ceremony and learning the roles of various family members and friends. Indian wedding ceremonies range from large to gigantic, so it can be tough to know who to photograph.

Tip #4: Know Who to Photograph

Tip #5: Have a Secondary Photographer

When shooting this massive of a ceremony, it doesn’t hurt to have a helper. Hiring a secondary photographer is one of the best things you can do when photographing an Indian wedding ceremony. It allows for multiple angles of the same moments, and that someone can be framed in on the bride and someone can be framed in on the groom. If you want photographs during the pre-wedding festivities, a secondary photography will be indispensible because the bride and groom go through extensive preparations at separate events.

Tip #6: Familiarize Yourself with the Wedding Ceremony

The last thing you want when photographing an Indian wedding ceremony is to be looking left when you should have been looking right. This is why a secondary photography is helpful, and why familiarizing yourself with the Indian wedding ceremony is vital. Know how things proceed so that you can stay on top of them; know the direction the groom is going to head when he enters the wedding venue with his processional; know how many different stages of the ceremony there are so you can keep track of them in your head.

It seems like a small thing compared to everything else, but knowing what the lighting is like is important, particularly because Indian weddings have so many vibrant colors. A lot of the times, incandescent lights are used to illuminate the dais where the bride and groom perform the wedding ritual, which can be tricky to photograph. It’s also important to invest in portable lights if you haven’t already. Studio lights aren’t suitable for a crowd or location of this magnitude. Your lights need to be able to move as quickly as you can.

Indian weddings rarely pause for the photographer. Steeped in tradition, it’s about the ceremony and not the photo-op, unlike many Western ceremonies. Think of an Indian wedding ceremony less as an event you have been hired to photograph and more as a celebration you stumbled across and chose to capture. Full of festivities, traditional proceedings, bright colors, and dancing, Indian weddings are a whirlwind of excitement and happiness. Move quickly, and photograph everything you can. The best representation of an Indian wedding comes from the festivity as a whole, not just photos of the bride and groom.

Tip #10: Brush Up on the Terminology

One of the best things you can do to improve the quality of your Indian wedding photography experience, both in terms of your experiencing photographing the ceremony and the end product of the photographs you capture, is to familiarize yourself with the various words and rituals you will encounter.

If you are involved in the pre- wedding process, you will witness Mehndi and Sangeet. Mehndiis the intricate decorating of the bride’s hands and feet with henna.Sangeet is like the Indian equivalent of a rehearsal dinner; music and entertainment are provided for close friends and family.Some terminology for during the wedding ceremony starts with Barat, wherein the groom is heavily adorned and carried in by processional. Depending on the couple, he might ride in on a vehicle, horse, or even elephant. There is often dancing during the Barat. Once the bride and groom are both on the lavishly decorated stage, the “Mandap,” they exchange garlands of flowers, which is called VarMala. After that, they exchange their vows and in front of a holy fire, and then they hold hands and walk in a circle around the fire seven times. This is called Pheras. Rather than a ring ceremony, most Indian weddings have a Mangal-Sutra, wherein the groom adorns the bride with a golden locket. In Kanya Daan, the bride’s family gives their daughter to the groom’s family. From there, the ritual of Bidaai begins. This is the bride’s departure for her husband’s home, involving a lot of tears as she leaves her family.